Bjork Walked Out On Dancer In The Dark 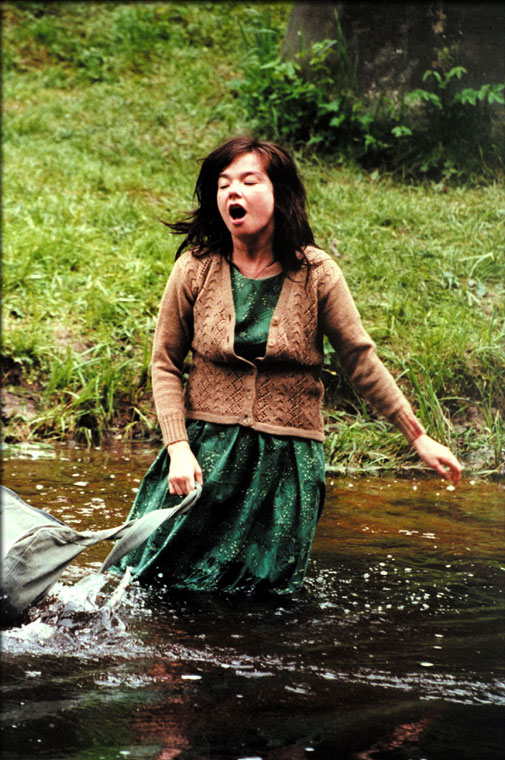 Icelandic pop star BJORK walked out on her movie debut role in the upcoming film, DANCER IN THE DARK - because the musical numbers didn't meet her professional standards.

Bjork had no binding contract with the BREAKING THE WAVES director LARS VON TRIER, because of her non-traditional punk background, so she was free to leave the set whenever she wanted, which she did when her musical integrity was compromised.

She explains, "Danish technicians who'd never done a song in their whole life have chopped up 110 tracks of music. And you're sitting there thinking I did twenty years of music to get Danish sound guys that usually record footsteps to chop it all up!" She adds, "I was really patient for a while and then there was the line they crossed once and I go to these technicians and say, 'Listen you can't chop these eleven bars of music out without asking me because I happen to be a composer' and them just all laughing at me."

"In the end I walked off set because me and Lars never signed anything because I come from a punk background where everything is based on trust. So I walked away because that was the only thing I had." Happily the film was completed and has gone on to win PALME D'OR awards for best film and best actress for Bjork's debut movie performance. (RXM/WN/CPT)