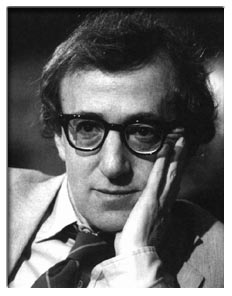 Woody plays a movie maker who loses his sight in the new film, and Hamilton is convinced he could direct blind - because he has such a good ear for film-making.

Hamilton says, "I think he could direct a movie blind because I've watched him. He has an ear and he puts his head down and he's listening. He can hear the pace of it - that's why he's a good musician. I don't even think that Woody Allen knew I was in the movie. "