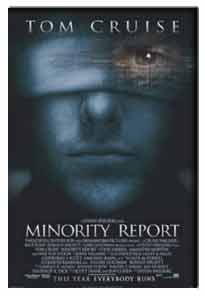 Steven Spielberg’s futuristic thriller now holds the record for the highest grossing opening week for a Tom Cruise film in the UK and Ireland.

After hitting the top spot in the UK box office from an opening weekend figure of £4.5m, the film blazed on to take £7,077,840 from 426 locations giving a powerful screen average for the opening week of £16,615.

Cruise’s best opener previously was MISSION IMPOSSIBLE 2, which took £7,023,000 in its opening week.

In addition to its runaway box-office success the film has received outstanding reviews. The Times referred to the movie as a cinematic symphony conducted by Spielberg with vision and grandeur, while The Daily Express said, it’s a rip-roaring futuristic thriller in which the dream team of superstar action man Tom Cruise and Oscar-winning director Steven Spielberg prove that not all summer blockbusters can be dismissed as strictly for kids. The Daily Mail dubbed MINORITY REPORT a work of genius and The Evening Standard warned ignore it at your own peril.

From Steven Spielberg comes a futuristic thriller MINORITY REPORT, starring Tom Cruise as a detective who must race to uncover the truth before he becomes a victim to the system he helped create. Written by Scott Frank OUT OF SIGHT and Jon Cohen, based upon the short story The Minority Report by legendary author Philip K. Dick, the film is produced by Gerald R. Molen, Bonnie Curtis, Walter F. Parkes and Jan De Bont. Gary Goldman and Ronald Shusett are the executive producers.