Dark Knight or the Man of Steel? 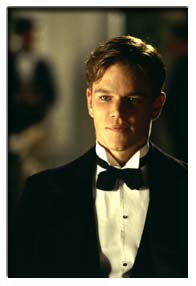 Matt Damon is apparently going to be given a choice of playing the Dark Knight or the Man of Steel in Batman vs Superman, the movie that pits the two superheroes against each other. Wolfgang Petersen (Perfect Storm, The (2000), Air Force One (1997)) has agreed to direct and wants Damon in his cast. 'Matt's an interesting action man and a hell of an actor,' says Petersen, adding that he likes the film's idea. 'It's a clash of the titans. They play off each other so perfectly  Superman is clear, bright, all that is noble and good, and Batman represents the dark, obsessive and vengeful side. It'll make for great drama.' Er, yeah. What he means is it'll make for tremendous action sequences, special effects galore and some sort of sappy Hollywood ending.