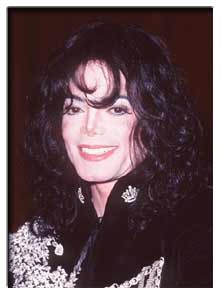 Michael Jackson wants to take a couple of years off from the music business to pursue a career in film.

Jackson, who recently took a cameo role in Men In Black II, says he has always wanted to work in the movie business.

He said: "I've always wanted to do film, but the tours got in the way. That's why I want to take several years off just doing film."

"I'd like to get six great movies behind me, and then I'll do a little bit of touring, then I'll do more filming," he told Gold magazine.

The music legend told Gold magazine he found it difficult that "there was nowhere in the world he could enjoy privacy because people knew his best disguises, which consisted of bat suits, buck teeth, glasses, afros, prosthetics and make-up jobs."

Jackson, who said he enjoyed visiting theme parks after hours, says he is trying to make up for a lost childhood.

"When I was seven, eight years old I was in nightclubs. I saw striptease girls take off all their clothes. I saw fights break out. I saw people throw up on each other. I saw adults act like pigs."

"That's why I compensate now for what I didn't do then. So when you come to my house, you'll see I have rides, I have a movie theatre, I have animals," he said.