Nicole and Renee tipped to fight it out for Oscar 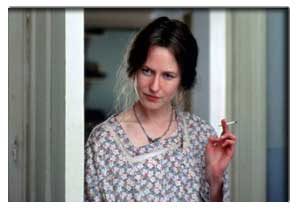 Nicole Kidman and Renée Zellweger look set to go head-to-head for an Oscar after both being nominated for Best Actress.

Meanwhile, Catherine Zeta Jones has been nominated for Best Supporting Actress for her role in Chicago: The Musical (2002).

She is joined in the category by co-star Queen Latifah, Kathy Bates for About Schmidt (2002), Julianne Moore for Hours, The (2002), and Meryl Streep for Adaptation (2002).

Screen icon Meryl Streep made Oscars history by winning her 13th nomination for her supporting role in "Adaptation," becoming the most nominated actress ever.

She had previously shared the standing record of 12 nods with movie heroine Katharine Hepburn.