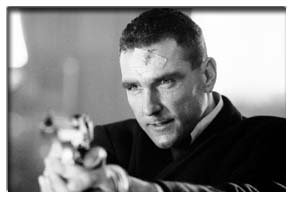 Hardman Vinnie Jones is to play a villainous tooth extractor in a new kids' movie.

The Snatch (1999) and Lock, Stock And Two Smoking Barrels (1998) star will play the nasty role of The Extractor in British film Tooth which has just begun filming.

It tells the tale of a tooth fairy called Tooth who gets caught up in an adventure which could see the cancellation of Christmas unless she finds the fairy queen who has gone to live among humans.

Other stars include Oscar winner Jim Broadbent who plays the voice of a rabbit. Stephen Fry, who recently directed Bright Young Things, will play Pedro the guardian of the fairies.

Newcomer Ed Nammour is the writer and director of the film which sees up and coming actress Yasmin Page in the title role.

Producers of the film worked on Brit hit Bend It Like Beckham.