Underworld to become a trilogy 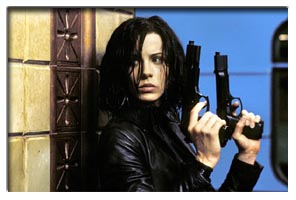 Producers of the film Underworld have signed a deal for the movie to be turned into a trilogy.

Writers Danny McBride and Len Wiseman are penning a sequel to the vampire and werewolf thriller, which Wiseman has already agreed to direct again.

Kate Beckinsale is said to have registered an interest in reprising her starring role for the second film.

According to Variety, producers Screen Gems hope to put the second film into production as soon as possible.

A third film, which would be a prequel, could follow.

Underworld is currently riding high at the US box office, taking an estimated £13.4m in its opening weekend.