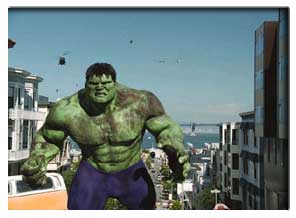 Ang Lee will follow superhero blockbuster Hulk with a gay western which tells of the love between two cowboys.

Brokeback Mountain is based on a story by Pulitzer prize-winning author E Annie Proulx, says the Hollywood Reporter.

The film follows a ranch hand and a rodeo cowboy who find themselves unexpectedly falling in love in the plains of Wyoming and Texas in the 1960s.

Because Lee had no project in place after completing Hulk, speculation was rife as to which project the director would take on next.