Vin Diesel to return to Fast and Furious? 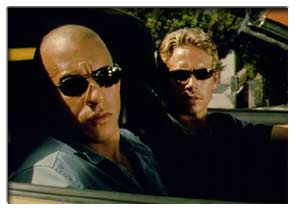 Vin Diesel is close to agreeing a return to the Fast and the Furious franchise, according to co-star Paul Walker.

Walker said: "Nothing's definite - you know how this town works! But the sequel did really well and rarely do you see a sequel reach the success of the first one.

"We actually did much better, so I think we'll go back and do a third one, and we're hoping Vin will be on board. It will be great - me, Tyrese and Vin."

Diesel pulled out of appearing in this year's 2 Fast 2 Furious after starring in the 2001 original.