Kidman to 'take lead in Bewitched' 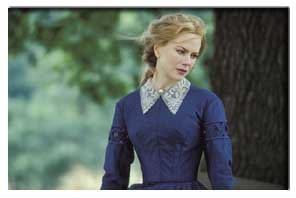 Nicole Kidman is close to signing a deal for the lead role in Bewitched, the big screen adaptation of the 60s TV series.

Kidman would play Samantha, a housewife, mother and witch, famous for her domestic mishaps and broomstick rides.

Written and directed by romantic comedy stalwart Nora Ephron, filming is scheduled to begin in April.