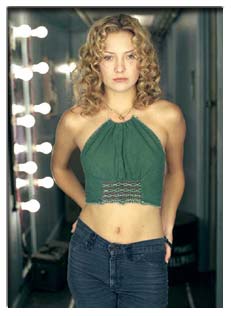 Hollywood star Kate Hudson and her husband, musician Chris Robinson, are celebrating the birth of their first son.

Hudson, 24, is the daughter of actress Goldie Hawn. She and former Black Crowes singer Robinson, 37, have been married since 2000.

An Academy Award nominee for supporting actress for Almost Famous (2000), Hudson most recently starred in last year's hit romances How to Lose a Guy in 10 Days (2003) and Divorce, Le (2003).