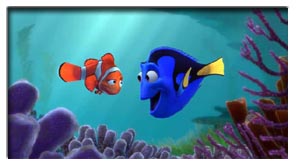 A Paris court is hearing a case brought by a French author who says his ideas were used in Finding Nemo.

The US cartoon about a fish searching for his missing son has netted more than $670 million worldwide.

It has been nominated for four Oscars in this year's Academy Awards.

Mr le Calvez claims there are similarities between his creation - Pierrot the Clown Fish - and the hero of Disney's film, reports the BBC.

He says Disney's supporting cast of characters also bear a resemblance to his creations, including a surgeon fish and a cleaner shrimp.

Mr le Calvez says he was forced to start his legal action after French bookshops stopped stocking his children's book because of fears they might be sued by Disney, even though his book came out before the film.

An outline of his work was lodged with a French authors' copyright association in 1995.

Mr le Calvez wants the French court to stop Disney selling any Nemo merchandise which looks like his own trademarked image of Pierrot. Disney denies plagiarism.