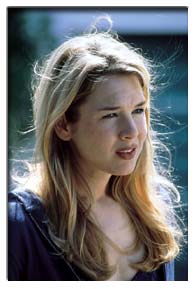 Renée Zellweger says she'd better get an Oscar award this year - because she deserves it.

Zellweger has told Austrian magazine News that she is the best candidate in the Best Supporting Actress category: "I've certainly earned the award. Last year I was nominated for Chicago but I left empty-handed."

And she added she is confident, saying: "I think this year Hollywood will be fair."

The 34-year-old has been nominated for the accolade for her role as Ruby Thewes in Cold Mountain (2003).

Commenting on her role as a strong woman in the film, Zellweger said: "Hollywood has finally understood that we women should hold the controls to power and not men. We're on our way to asserting ourselves."

Zellweger added that she had enjoyed working together with Nicole Kidman, who won the Oscar for Best Actress last year: "She's an unusually intelligent and strong woman. We inspired each other creatively. I count her as one of my true friends."