Bookies close the book on the Oscars 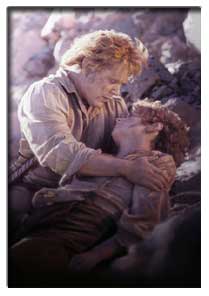 Bookmakers say they have been forced to close the book on the Oscars five days early following continued support for Lord Of The Rings: Return Of The King (2003).

The final film of the Tolkien trilogy is now an unprecedented 1/12 for Best Picture, easily the hottest favourite ever.

Money has continued to pour in for Peter Jackson's movie and Ladbrokes cut the odds on it winning to 1/12 from 1/6 following success at the Screen Actors Guild Awards.

Ahead of the BAFTAs the Rings was 1/3, but after glory there the odds were cut to 1/6.

Ladbrokes spokesman Warren Lush said: "We have been forced to close the book on the Oscars, everybody thinks that this is one film to rule them all.

"If the unthinkable happens and another film conquers Middle Earth and scoops Best Picture it would be the biggest upset in the history of the Academy."