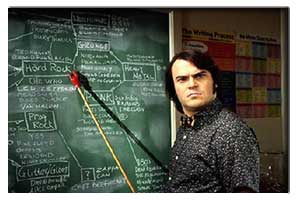 Jack Black has been in cast alongside Naomi Watts in Peter Jackson's remake of King Kong.

Black will play Carl Denham, an adventurer filmmaker who is trying to make a name for himself in 1930s New York. Robert Armstrong played the role in the 1933 original.

Watts is playing Ann Darrow, an American actress who makes a living performing in Broadway song and dance shows.

"I've been wanting to work with Jack Black ever since I saw him in High Fidelity," Jackson told Comingsoon..

"He's a smart and versatile actor blessed with an abundance of energy and charm and I'm absolutely thrilled that he is joining us on 'Kong."'

Jackson is writing the remake along with his Lord of the Rings co-screenwriters Fran Walsh and Philippa Boyens.