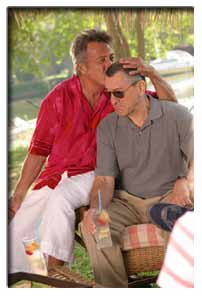 Dustin Hoffman has revealed he is stopped working for a couple of years because he lost his "spark" for acting.

He also says he is disappointed with the state of the film industry and theatre productions reports BBC online.

He said: "You go to the cinema and you realise you're watching the third act. There is no first or second act .The whole culture is in the craphouse. It's not just true in the movies, it's also true in the theatre.

"Broadway, and now London is the same, special effects are in great demand. It's not a good time culturally."

Hoffman also said he stopped working a few years ago and moved into directing and writing.

He said: "I just lost that spark I always had. A couple of years ago I didn't like the parts I was getting.

"Studios weren't interested in the kind of films that people of my generation wanted to see. I thought I would stop and just try writing and directing. I wasn't aware of the depression that set in."

Recently, Hoffman has returned to film, with roles in I Heart Huckabees, Finding Neverland and now Meet the Fockers, which is the sequel to Meet the Parents.

Meet The Fockers opens in the UK on Friday.