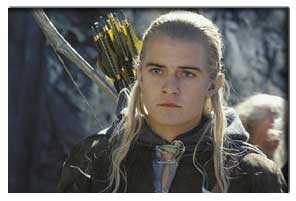 Orlando Bloom has ended his three-year romance with actress Kate Bosworth, because they were spending too much time apart, pals claim. The sexy 28-year-old has been dating the Beyond The Sea beauty since they met on the set of a Gap ad in 2002. But Bloom allegedly separated from Bosworth after their recent holiday to Brazil, because their hectic filming schedules prevented them from having a stable relationship, reports British newspaper The Mail On Sunday. A close friend explains, "Orlando has said that's it all over between him and Kate and that's he's back in the dating game. It seems they were never together for longer than a week before one of them had to jet off to the other side of the world for film commitments. Kate's devastated by the split but the truth is Orlando has always been a bit of a ladies' man and thinks he's too young to settle down."