Columbia Pictures has confirmed that the new Spider-Man movie will be titled The Amazing Spider-Man.

Sony Pictures announced today that its new Spider-Man movie  directed by Marc Webb and starring The Social Network‘s Andrew Garfield as Peter Parker and the heroic web-slinger  will be titled The Amazing Spider-Man.
The official moniker is an obvious hat-tip to the title of the 1963 comic book that launched the Marvel superhero, and could help further differentiate the feature film project from the much-maligned Broadway musical Spider-Man: Turn Off the Dark. And it’s probably better than Amazing Fantasy, the 1962 anthology title where Spidey first appeared.

Sony also released the first official photo of Garfield in his full Spider-Man costume, making clear that  like in the comics (but unlike in the Sam Raimi/Tobey Maguire Spider-Man movies)  this version of Peter Parker did indeed invent his web-slingers. 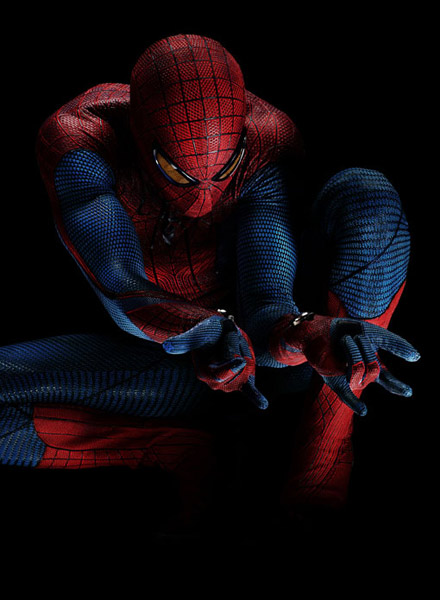