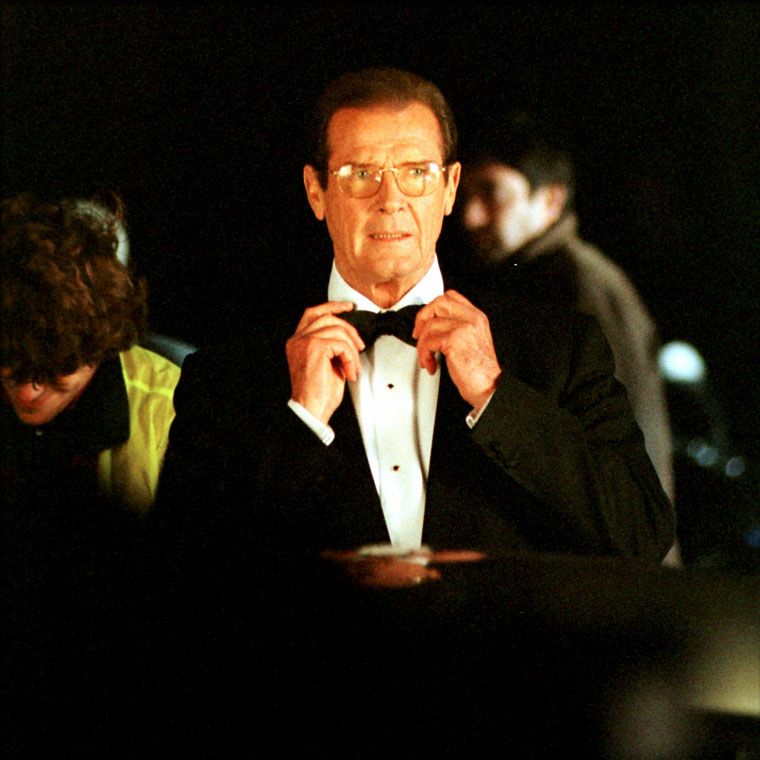 SUAVE Roger Moore is neither shaken nor stirred by the attacks his estranged wife, Luisa, has been making on him.

The former SIMON TEMPLAR and JAMES BOND star plans to marry his lover, KIKI THOLSTRUP, 58, before Christmas in his Swiss chalet. Moore offered a divorce settlement of around $15 million (£10million) to his fiery Italian LUISA MOORE, mother of his children, actress Deborah, 37, and sons, Geoffrey, 34, and Christian, 27.

He doesn't care what she writes in her still-to-find-a-publisher book. (It was originally called LIVING WITH A SAINT, but is now being offered as NOTHING LASTS FOREVER.) Luisa is still resisting the divorce and the settlement, but it's out of her hands. Luisa is also said to be terribly upset that, since Roger left her, their former friends are shunning her and sticking by him. For example, JOAN COLLINS, whom Luisa thought of as a confidante and true soulmate, has sided with Moore through this whole messy affair.

Roger and Kiki were among the select group at the recent wedding in London of MICHAEL and SHAKIRA CAINE's daughter, NATASHA, and he there confided that the bad publicity - Luisa even claims she found a voodoo doll in her likeness, with pins stuck in its eyes - is worth it for the happiness he's found with Tholstrup. (PDD/WNWCPS)