The title of the new Star Wars movie has been revealed as The Force Awakens.

The seventh instalment of the sci-fi saga is set about 30 years after the events of Star Wars: Episode VI Return of the Jedi.

The announcement was made on the movie's final day of production at Pinewood Studios, just outside London.

Star Wars: The Force Awakens has been directed by J.J. Abrams, who successfully reinvigorated the Star Trek movie franchise in 2009, and is due to be released on 18 December 2015. 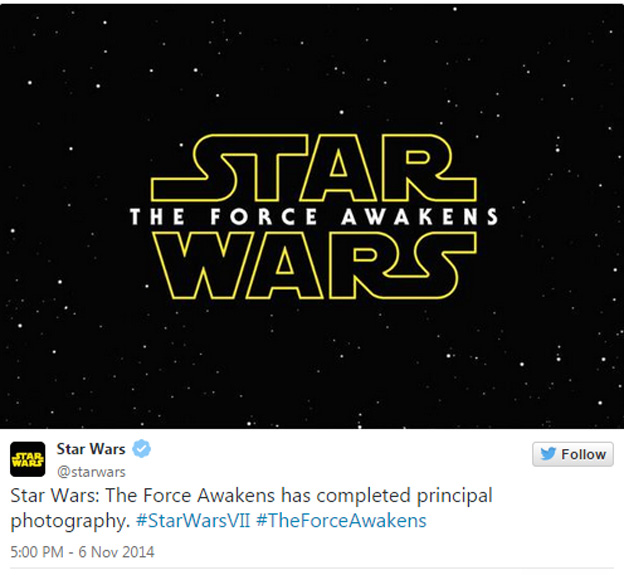