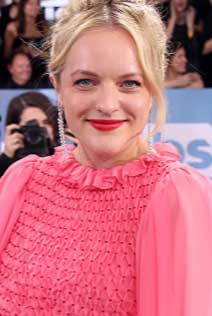 Elisabeth Moss has joined the cast of Barry Levinson's feature "Francis and the Godfather". The film also stars Oscar Isaac and Jake Gyllenhaal and tells the story of the making of Francis Ford Coppola’s 1972 masterpiece "The Godfather".

Moss joins an already impressive cast that includes Oscar Isaac in the role of Francis Ford Coppola and Jake Gyllenhaal as Robert Evans. The intense events that had taken place behind-the-scenes of The Godfather have been described by some as Shakespearean in nature, implying that there's plenty of drama to be had in Levinson's re-telling.


Moss is currently in production on the fourth season of The Handmaid’s Tale and will be seen later this year in Wes Anderson’s The French Dispatch and Taika Waititi’s Next Goal Wins.

"I've wanted to work with her for a long time", said Levinson. "I couldn’t be more excited about her joining the film. Every performance of Elisabeth's is nothing short of exceptional."

The film was written by Andrew Farotte with Levinson having re-developed it. Coppola himself endorsed the film and Levinson’s vision, saying Any movie that Barry Levinson makes about anything, will be interesting and worthwhile!