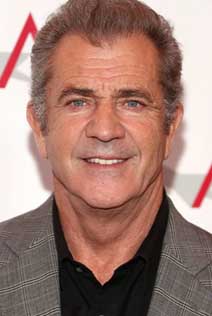 Mel Gibson is set to direct a fifth and likely final installment of the "Lethal Weapon" franchise at Warner Bros. Pictures.

Gibson, who starred in the previous four films as loose-cannon Martin Riggs, would be replacing previous franchise director Richard Donner, who passed away this past July. Gibson and Donner had reportedly been developing another sequel over the years since the fourth one debuted in 1998. Donner even went on record in December of 2020, telling the Daily Telegraph that he would direct a fifth and final film, saying:

"This is the final one. It's both my privilege and duty to put it to bed. It's exciting, actually... Hahaha! It’s the last one, I'll promise you that."

Lethal Weapon was one of the first studio movies to establish Gibson as a Hollywood star in North America after he had toplined several crossover hits from his native Australia, the Mad Max movies and drama The Year of Living Dangerously among them.

It also launched the career of screenwriter Shane Black, whose spec script fused dark and comedic elements in a buddy cop format to tell the tale of two detectives - one a by-the-book family man, the other a temperamental former soldier who’s become suicidal after losing his wife - who work to bring down a massive drug trafficking ring in Los Angeles.