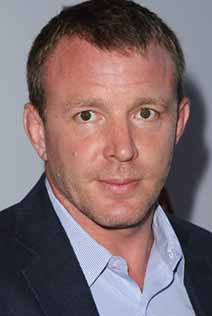 Guy Ritchie, who directed Disney's "Aladdin" in 2019, is set to direct the upcoming live-action adaptation of the 1997 film "Hercules"

Avengers: Endgame directors Joe and Anthony Russo’s AGBO is producing the film being developed by Disney, which hired action specialist Dave Callaham to write a first draft. AGBO is in the process of hiring additional writers.

"Hercules" is just the latest of the animated films from Disney's 1990s Renaissance era to get the live-action treatment. Perhaps most memorably, 1994's "The Lion King" was turned into a proficient but nearly identical film in 2019, with Beyoncé and Donald Glover in the lead roles. Other recent live-action Disney adaptations include Bill Condon's 2017 take on "Beauty and the Beast," Niko Caro's song-free version of "Mulan" in 2020, and another Ritchie project, Guy Ritchie's "Aladdin," in 2019.

Disney's "Hercules" tells the story of the eponymous character (voiced in the original by Tate Donovan) and Greek god. Living among mortals, Hercules becomes determined to reclaim his god-like status, becoming a quasi-celebrity in the process. Along the way he falls in love with the acerbic Meg (voiced by Susan Egan) and must defeat Hades (voiced by James Woods), the God of the Underworld.