Travolta Asking Too Much 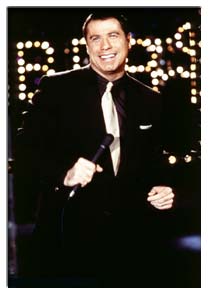 Hollywood superstar JOHN TRAVOLTA is facing the axe from his next film - after demanding too much money.

The PULP FICTION (1994) star was due to play CHILI PALMER in BE COOL, the sequel to blockbuster GET SHORTY (1995).

But producers are lining up FEAR AND LOATHING IN LAS VEGAS (1998) actor BENICIO DEl TORO to take his place, after Travolta asked for more than $20 million (£15. 38 million) to reprise the role he played in the original. (IG/WNTRE/RP)