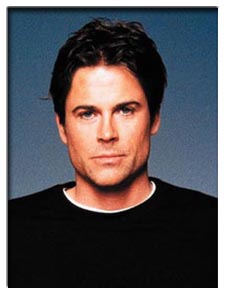 ROB LOWE is not surprised by his current lifestyle - because he always wanted to be a family man.

And the handsome star who enjoyed wild partying in his twenties, is now devoted to his wife and children. He says, "The life I have now doesn't surprise me in the least, and I don't think it surprises the people who really know me. It only surprises people who only know me through my movie roles or through stories in the gossip press.

"For a long time I think it's safe to say I was afraid of commitment - but that's pretty normal for a guy in his twenties. I never thought I'd be the first of my friends to settle down. It was inevitable, though, because at heart I'm still a Midwestern guy from Ohio. " (KMW/H/RP)