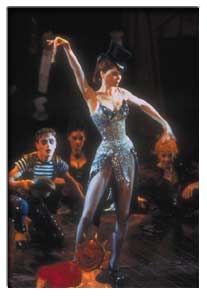 Thanks to home-grown megastars such as NICOLE KIDMAN and MEL GIBSON, box office receipts in Australia have risen by nearly nine per cent.

The last half of 2000 was hit badly by competition from the Sydney Olympics and the introduction of a 10 per cent consumption tax, resulting in an annual decline of 2. 1 per cent after 12 years of sustained box office growth.