Gwyneth Paltrow says Mike Myers had her in stitches 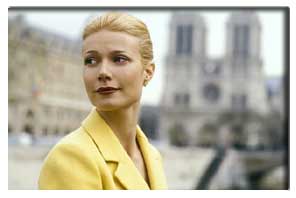 Gwyneth Paltrow has confessed to having to do numerous retakes in her new movie because co-star Mike Myers kept making her laugh.

She plays a small-town woman determined to become a flight attendant in View From The Top, A (2002), released in the US this weekend.

The actress says she couldn't keep a straight face when Mike Myers did impressions of people.

She told Radio 1: "It was just impossible. He just kills me, he is so funny. He has this incredible, physical comedic thing happening. When he imitates people he's just hilarious.

"And it was very, very hard for me. I was totally unprofessional - I ruined 50 takes"