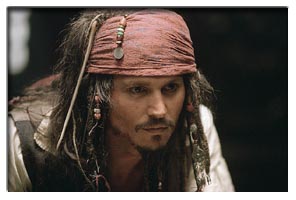 Johnny Depp reportedly wants Keith Richards to make a cameo appearance in the follow up to Pirates Of The Caribbean.

Depp apparently thinks a cameo would be a fitting tribute to the Rolling Stone who he based his performance on.

ITV quotes a source close to the actor as saying: "Johnny was slightly embarrassed by all the praise for Pirates because he was really just being Keith.

"A good way of thanking Keith would be to get him to do a walk-on in the sequel."