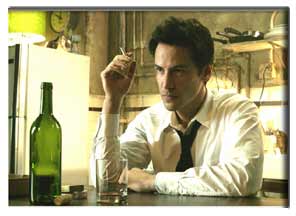 Actor Keanu Reeves, best known for his role in the Matrix movies, has been awarded a star on the prestigious Hollywood Walk of Fame.
The 40-year-old attended the unveiling of the star with his mother, Patricia, and thanked her for inspiring him to become an actor.

His star is the 2,277th to be embedded in the pavement on Hollywood Boulevard.