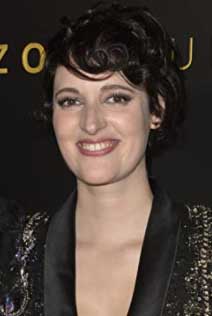 Fleabag and Killing Eve creator Waller-Bridge will star opposite Harrison Ford, who reprises his role as the archaeologist with a taste for adventure in the fifth entry in the franchise.

James Mangold is taking over the reins from Steven Spielberg, who directed all four previous films and will remain closely involved with the project in a producer capacity. LucasFilm boss Kathleen Kennedy, Frank Marshall, and Simon Emanuel will also serve as producers. John Williams, who contributed to every score in the franchise including its iconic theme, will also return as composer.

"I'm thrilled to be starting a new adventure, collaborating with a dream team of all-time great filmmakers," Mangold said in a statement. "Steven, Harrison, Kathy, Frank, and John are all artistic heroes of mine. When you add Phoebe, a dazzling actor, brilliant creative voice and the chemistry she will undoubtedly bring to our set, I can’t help but feel as lucky as Indiana Jones himself."