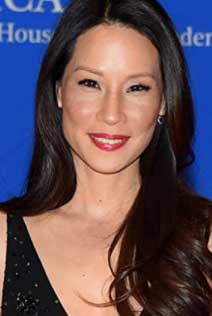 Lucy Liu has joined the DC Comics adaptation "Shazam! Fury of the Gods" as the villain Kalypso, the sister of Helen Mirren’s villainous character Hespera.

Like Hespera, Kalypso has no direct reference from DC Comics and is seemingly an original creation for the film. In Greek mythology though Hespera and Kalypso are the daughters of Atlas, one of the gods who grants some of his power to the gods’ chosen hero and bearer of Shazam's powers.

S The wisdom of Solomon;
H The strength of Hercules;
A The stamina of Atlas;
Z The power of Zeus;
A The courage of Achilles;
M The speed of Mercury.

David F. Sandberg is back directing from a screenplay by Henry Gayden, based on the DC character created by Bill Parker and C.C. Beck. The sequel will continue the story of teenage Billy Batson who, upon reciting the magic word Shazam! is struck by the Living Lightning of the gods and transformed into his adult superhero alter ego, Shazam.

Lucy Liu is known for playing Alex Munday in two Charlie's Angels movies, though she played a much more villainous character in Quentin Tarantino's violent epic Kill Bill: Volume 1. She has also appeared in Shanghai Noon, Chicago, and The Man with the Iron Fists. More recently, she played Joan Watson for seven seasons on the acclaimed CBS drama series Elementary and had a starring role in the CBS All Access series Why Women Kill.