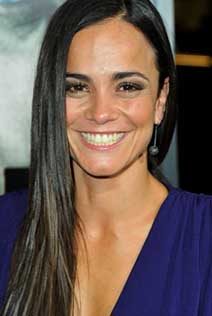 Robert Rodriguez has brought in Alice Braga to star opposite Ben Affleck in the upcoming film, "Hypnotic". The new thriller tells the story of a detective that is knee-deep in a big mystery that might involve his missing daughter and a secret government program as he investigates a series of high-profile crimes.

Braga is best known for her roles in Queen of the South, I Am Legend, and her breakout performance in City of God, and will be appearing next The Suicide Squad, starring alongside Margot Robbie, Idris Elba, and Viola Davis.

Oscar winner Affleck is in production on DC's The Flash, and is in post-production on George Clooney's Tender Bar, Ridley Scott's The Last Duel and Adrian Lyne's Deep Water.

Hypnotic is due to start filming on September 20, 2021, restarting production that was delayed from its initial start date in April 2020. But while plenty of movies that were delayed due to the pandemic were able to get things rolling again late last year and early this year, Hypnotic faced a few other hurdles that led to this late start.

Hypnotic will be Rodriguez’s return to adult action filmmaking after his family-friendly Netflix film We Can Be Heroes. Rodriguez, Studio 8 CEO Jeff Robinov, and his colleagues Guy Danella and John Graham are producing with Solstice.