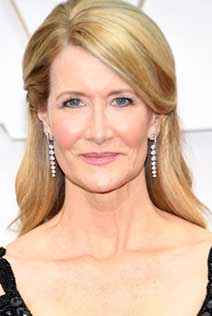 Laura Dern and Liam Hemsworth will star in a Netflix feature Lonely Planet from Susannah Grant.

Grant, who worked with the streamer on the drama series Unbelievable, will write and direct the love story, which is set in Morocco.

Lonely Planet is billed as a love story set in Morocco. Specifics with regard to its plot are being kept under wraps. Grant is also producing alongside Sarah Timberman and Liza Chasin for 3dot Productions, with VP Studio Film Kira Goldberg serving as creative lead for Netflix.

Dern, repped by CAA, Untitled and Latham & Watkins, won an Oscar for her role in the Netflix feature Mariage Story. She will next be seen in theaters with the third Jurassic World film, with upcoming projects including Florian Zeller drama The Son.

Dern won her first Oscar in 2020 for her turn in Noah Baumbach’s Marriage Story, on the heels of nominations for Wild and Rambling Rose.

Hemsworth, who is repped by WME and Yorn Levine, was last in the crime thriller Arkansas, starring opposite Vince Vaughn and will appear opposite Russell Crowe in the upcoming thriller Poker Face.

Grant is an Oscar- and three-time Emmy nominee who has also been recognized over the course of her career with two WGA Awards, along with noms at the BAFTA Awards, the Gotham Awards and the PGA Awards.