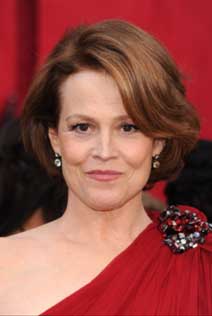 Sigourney Weaver is coming back for "Avatar: The Way of Water", but what hasn’t been clear is how as Weaver’s character, Dr. Grace Augustine, died in the first film.

Empire Magazine has dropped another official photo and cover for Avatar: The Way of the Water, revealing Oscar nominee Sigourney Weaver’s entirely new role in James Cameron’s long-awaited sequel. It has been confirmed that Weaver is portraying the role of Kiri, a Na’vi teenager who’s the adoptive daughter of Jake and Neytiri.

"I think we all pretty much remember what we were feeling as adolescents," Weaver told Empire magazine, who exclusively revealed the character Kiri. "I certainly do. I was 5’ 10 or 5’ 11 when I was 11. I felt strongly that Kiri would feel awkward a lot of the time. She’s searching for who she is. I was thrilled to be given that challenge by Jim."

"As an acting challenge, it’s big", added Cameron, who also directed Weaver in "Aliens." "We’re gonna have a 60-something actor playing a character decades younger than her actual biological age. Sig thought it was all kinds of fun."

The New York Times reported in 2020 that "Weaver and other members of the cast had to learn not to squint or clamp their mouths shut - both natural reactions when you’re submerged - during take after take in a gigantic water tank. She had weights around her waist and professional divers who sped her back to the surface for air at brief, regular intervals."