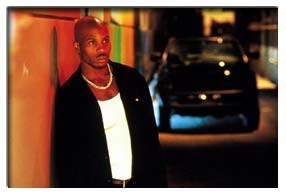 Rapper DMX is teaming up with producer JOEL SILVER for a third time for a mystery project based on 1931 German crime thriller M.

The hip-hop maestro and Hollywood player formerly got together on the WARNER BROS action films EXIT WOUNDS (2001) and ROMEO MUST DIE (2000), with the latest project being the first of a multi-picture deal signed by DMX with the film company.

The original M (1931) film was directed by FRITZ LANG and starred PETER LORRE in the story of a child murderer who stalks the German city of Berlin and, despite an exhaustive investigation, eludes the police prompting criminals to help catch the killer.

The remake is scheduled to begin production on Autumn (01). (KW/WNWCHR/KMW)