Alden Ehrenreich Says He's Open To The Idea Of Returning For Solo 2. 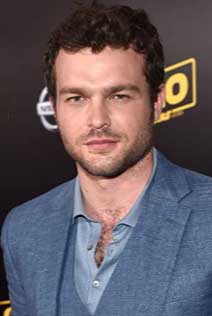 Solo: A Star Wars Story (2018) star Alden Ehrenreich would be open to playing Han again, but it would depend on the quality of the story.

Upon its release, Solo was met with a reasonably positive response, but has gone on to find a lot of love. So much so that a strong #MakeSolo2Happen campaign has emerged on social media, started by fans who wish to see the story continue. During a recent interview, Alden Ehrenreich addressed the possibility of suiting back up as the scruffy-looking nerf herder. Here's what he had to say about it.

In an interview with Esquire, Ehrenreich touched on his potential Star Wars future, revealing he'd be game to play Han Solo again so long as his conditions were met:

The door was left wide open for Solo 2, in more ways than one, at the end of the first movie. Director Ron Howard has also expressed his desire to see it continue. Originally, Phil Lord and Chris Miller were set to direct the Star Wars spin-off.

Solo didn't perform particularly well commercially. It grossed just shy of $400 million at the global box office. While that would be fine for many movies, the inflated budget, thanks to the reshoots, coupled with the weight of expectations, given that it was a Star Wars movie, made for a disappointment financially.