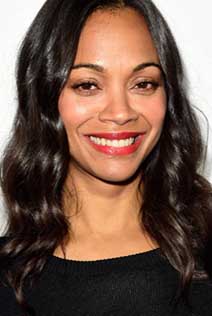 The stars join previously announced lead Ryan Reynolds in the action-adventure project set up at Netflix.

Ryan Reynolds will play the lead role in The Adam Project. The movie centers on a man who is forced to travel back in time to get help from his 13-year-old self. Along the way, they encounter their father, who is the same age as Reynolds' character is in the present. Jennifer Garner is set to play the mom of Reynolds' character. Zoe Saldana, meanwhile, will play his wife, who happens to be a fighter pilot.

The film sprang from a spec script by TS Nowlin that has been hanging around in Hollywood for a good eight years already - Tom Cruise was interested in the lead at one point. The concept, originally called Our Name Is Adam, has Jonathan Tropper overhauling it, and it'll see Reynolds as a man who has to travel back in time to get help from his 13-year-old self.

"The Adam Project" is being produced by David Ellison's Skydance, Reynolds' Maximum Effort and Levy’s 21 Laps.