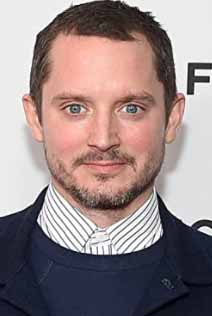 An unconfirmed report from The Illuminerdi now states that Wood has been cast as the movie's villain, a corrupt executive and the boss of Dinklage's character.

According to The Illuminerdi, Wood will play Bob Garbinger, whose description is as follows: "Leonine hair and eerie plastic surgery. Evil head of the shady company Garb X. He has no regard for the well being of anyone but himself and embarks on a murderous spree to become as powerful as Toxie. His ego is bolstered by his standing amongst the towns official but in reality he lives in fear of the underworld gang he’s indebted to."

While nothing has been confirmed at this point, the rumor is plausible given Wood's relationship with the reboot's director Macon Blair. The pair previously collaborated on the Netflix movie I Don't Feel at Home in this World Anymore.

Meanwhile, Jacob Tremblay has also been cast as Winston's son. The character's origin story is very different to how he was presented in the original movie, which starred Mark Torgl as Melvin Ferd, a young single man who still lives with his mother. The circumstances surrounding how he falls into the toxic waste has also been changed, as in Melvin's case, it was a prank gone wrong.