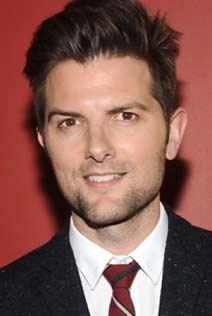 Adam Scott has jumped on board Madame Web, the Sony spinoff centered on the Spider-Man character.

S.J. Clarkson is set to direct the feature, which has Dakota Johnson in the lead role, and Emma Roberts and Sydney Sweeney already cast.

The movie stars Dakota Johnson as Madame Web, a clairvoyant whose psychic abilities allow her to see within the spider world itself. The movie will be an origin story for the character, who served as an ally to Spider-Man in the Marvel comics.

Madame Web was originally created by writer Denny O’Neil and artist John Romita Jr. and first appeared in The Amazing Spider-Man #210, which was published in November 1980. Known as Cassandra Webb, she is usually depicted as an elderly blind woman suffering from a chronic neuromuscular disease that makes it difficult to move and breathe, and as such, she’s connected to a life support system that looks like a spider web. The clairvoyant character has precognitive abilities and once helped Spider-Man find a kidnap victim.

Madame Web is one of a number of projects in development as the studio builds out its Sony Universe of Marvel characters. Sony, which controls the film rights to Spider-Man and other related characters, has already released Venom (2018), Venom: Let There Be Carnage (2020), and the Jared Leto-starrer Morbius this past April.

Adam Scott will star in Season 2 of "Severance" , which was renewed earlier this year and hauled 14 Emmy nominations, including best drama series. He is also returning for a "Party Down2 revival on Starz with other original cast members.