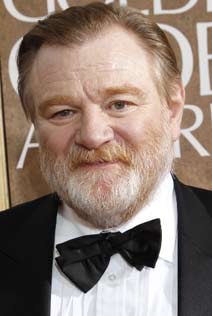 The actor will join Joaquin Phoenix and Lady Gaga in the film in which Phoenix reprises his role from 2019's "Joker" whilst Lady Gaga plays Harley Quinn in what is said to be a musical film set mostly inside an asylum.

There are currently no firm details about who Gleeson will be playing in the film. The Irish is known for starring in acclaimed movies such as Ridley Scott’s Kingdom of Heaven, M. Night Shyamalan’s The Village, and Martin Scorsese’s Gangs of New York. He gained more notoriety worldwide after playing the part of Alastor Moody in the Harry Potter film series. In 2022, Gleeson shared the screen with another member of the Batman universe: He co-stars in the comedy/drama The Banshees of Inisherin alongside fellow Irish actor Colin Farrell.

While much of Folie à Deux remains shrouded in mystery, fans can safely expect the films to remain in their own independent universe. That means the movie will likely lack any connection to either the DC Extended Universe seen in the Justice League films  which feature Ben Affleck as Batman  or this year’s The Batman, which was directed by Matt Reeves and starred Robert Pattinson as the caped crusader.

The first film brought in $335.4M domestic and globally it is the highest-grossing R-rated movie ever at $1.07 billion. Joker won two Oscars: Best Actor for star Joaquin Phoenix and Original Music Score for Hildur Guðnadóttir’s. The movie was nominated for 11 Oscars including Best Picture and Phillips for Best Director.