Pearl Harbor's Big Night All Thanks To Admiral fargo 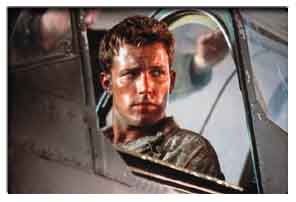 PEARL HARBOR (2001) producer JERRY BRUCKHEIMER knew just what to do to secure floating military castle the USS Stennis for his premiere - show the Admiral of the US Fleet his movie.

The Stennis, which is moored in a Hawaiian port for Sunday's (20MAY01) massive party, is five times longer than a 747 plane and rises six storeys out of the water.

But Bruckheimer admits getting the sailing wonder from it's San Diego home to Hawaii in order to stage the $5 million (£3. 84 million) party was easy. He explains, "We showed them the movie. We had the Commander of the Pacific Fleet, ADMIRAL FARGO, flown in to the editing room in California months ago. "We sat him down with his staff and showed him the entire picture on a little television screen. It was quite a bit longer than it is now and the guys had tears in their eyes. "As they left they said, 'What can we do to help you?'" (KL/WNV/RP)