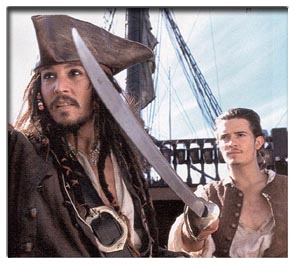 Disney is already planning a sequel to Pirates Of The Caribbean.

The film went straight to the top of the US box office with opening weekend takings of $46 million.

It's stars Johnny Depp, Orlando Bloom and Keira Knightley have already signed up for the second instalment.

Pirates Of The Caribbean is released in the UK on August 8.

The film is based on the ride at Disney's theme parks.