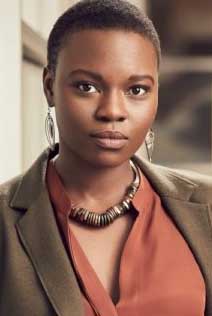 This will mark a reunion between Holbrook and director James Mangold after their work on Hugh Jackman's final outing as X-Men Wolverine in Logan. Who Holbrook and Wilson will play, like the rest of the franchise newcomers, is being kept under wraps along with any plot details by Disney and Lucasfilm.

Shaunette Renée Wilson is probably best known for her TV work, appearing in series such as "Billions" and the Fox drama series, "The Resident" She also had a small role as one of the Dora Milaje in Marvel Studios' "Black Panther".

"I'm very, very excited about it," Mads Mikkelsen said of the script in a recent interview with Collider. "I rewatched Raiders of the Lost Ark the other day, it is so well-done and so charming, and it's such great storytelling. So yes it's a great honor to be part of that franchise that I grew up with... I'm in a lucky position where they let me read the script before. And yes, it was everything I wished it to be, so that was just great."